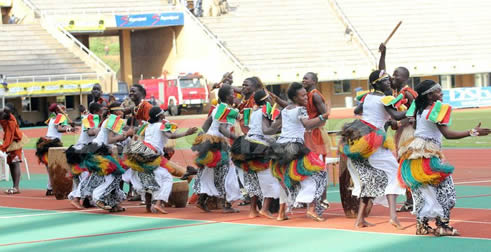 Burundi is geographically at the heart of Africa but, sadly, has also been at the heart of African horrors in recent years. The country has a wonderful landscapes, from mountaintops to forests, huge lakes to tropical plateau. The democratically elected government was put in place in 2005 is engaged in peace talks and has announced applauded measures, such as that of introducing free education and tourism promotion.

Things to do in Burundi:

– Karera Falls to marvel at the misty waters crashing below.

-Rusizi National park, where hippos, antelopes and exotic birds reside and to Belvedere a look out over Lake Tanganyika and Bujumbura. City tour of Bujumbura

Idyllic beaches and get some souvenir shopping done in Gitega.

– While touring with us in Bujumbura Tourist can admire the country’s diverse flora and fauna, from Savannah to steppers, mountain forests to blooming fields,

Day 1:  Bujumura – Arrival : On your arrival at Bujumbura, you will go for a half day tours in Bujumbura, to visit the Snake & Culture Museum; the Islam Culture Centre; City Hall; President’s Office and the main attraction of the City: Lake Tanganyika, dinner overnight in Club du Lac Tanganyika Hotel.

Day 2: Cultural Tour of Bujumbura :  After breakfast visit the Explorers Memorial, a huge rock in the Suburbs of Bujumbura commemorating the meeting between explorers John Speke and Hanington. A visit to a local general goods market, the craft centre and downtown Bujumbura, dinner, overnight iClub du Lac Tanganyika Hotel full board. 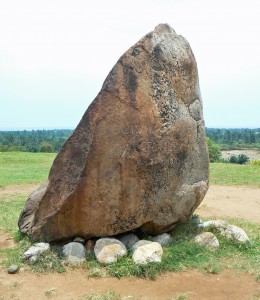 Day 3: Rusizi National Park Burundi: Breakfast, journey to Rusizi Forest National Park, for a guided nature walk in this park of  view a number of animal species; Lunch. In the afternoon, go for another game drive before returning to Bujumbura for dinner, overnight in Club du Lac Tanganyika Hotel.

Day 4: Gitega: After an early morning breakfast, drive to the south, visit the spectacular Kagera Falls after which you will drive to Gitega and visit the Burundi National Museum, lunch en-route. Return to you Club du Lac Tanganyika Hotel – dinner overnight.

Day 5: Ruvubu National Park: After breakfast you will drive to Ruvubu National Park believed to be the largest protected area in northern Burundi ; neighbouring the area is Nyungwe National Park in Rwanda. Go for a forest walks and hiking in this largest rainforest in Burundi, view spectacular sceneries, along with a lunch break.  After a rewarding day with nature , return to Bujumbura late in the afternoon. Dinner, overnight in Club du Lac Tanganyika Hotel.

Day 6: “Source of the River Nile”  : Breakfast then  visit the supposed Source of the River Nile at Rutovu, a not-so-small forest with a river stream that several;  researchers have visited the area- namely  the BBC, have corroborated to be the Source of the River Nile, the longest river in Africa and second-longest in the world.  Take a lunch break, If time  permits, visit Ruvubu Forest area for some unusual animal and bird species, dinner and overnight in  Club du Lac Tanganyika Hotel.

Day 7: Departure:  Breakfast and Transfer to the airport in time for your flight; back to your home after a great tour.